In a couple of weeks, I’ll have been in Second Life for two years. In that time, I’ve seen a lot of changes. I remember the Welcome area, as it was then, as it has been, and as it is now.

Way back when I started, there were two Welcome Areas, one on the border of Ahern and Morris, close to where it stands now, and the other on the border of Lime and Plum. It was very different. There was an area where newbies would appear, and an arch with a sign reading “Start Here”. There was a path, unpaved, leading down the hill towards Stage 4 on the border with Dore, and half way along, there were some signs and the big Events Board.

The Events Board was just that, a big board which the Lindens would update once a day with all of the days events on it, usually not many. You could click on it to get a note card with the list and, if I remember correctly, landmarks. We used to fly to one of them daily to get the lists.

Later, they put in the boardwalks, and moved things around. They added a balloon and formed the Sky Guides, players who could pilot the Linden balloon to give newbies short tours of the new areas, including the 4 sims that came to later be known as Novo Albion. I think this was when it all went wrong. People started using the Welcome Area to mess around, to advertise clubs, and the newbie experience was suddenly one of commerce.

The new Welcome Areas, first Waterhead and now the 4-sim monstrosity at Ahern, Dore, Morris and Bonifacio are, I dunno, not conducive to a good atmosphere. There’s something about them that just puts me off entirely. Perhaps I’m wrong, but I think they had it right in the old days, and now, well… 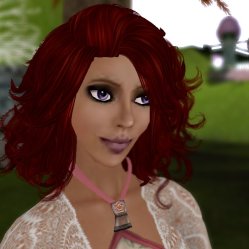